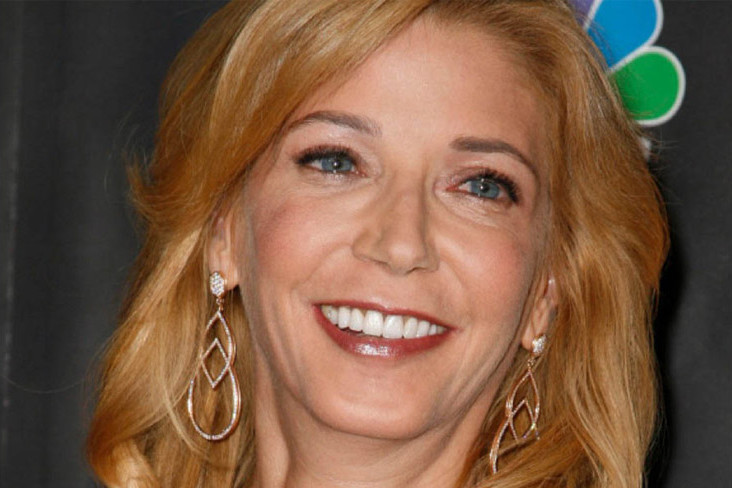 Advice on following your passion, fear, struggle and having it all from Sex and the City author Candace Bushnell!

Almost every Sex and the City fan knows the HBO hit TV series was based on the book by Candace Bushnell. What many fans aren’t aware of though is the struggle, sweat and tears that preceded our beloved Sunday night girl gatherings. Or that Candace Bushnell went from making $10K a year to The New York Times best seller list.

As a longtime fan of Sex and the City, and a writer, I was thrilled for the opportunity to interview Candace Bushnell. But I never imagined I’d walk away so inspired or in awe of her tenacious journey.

Meet the real Carrie Bradshaw and the story of her tumultuous-turned-triumphant career as a writer and influencer of pop culture.

Emily Florence: How did you get into writing? Was it something you always knew you wanted to do?

Candace Bushnell: When I was little, my sisters and I weren’t really allowed to watch TV, so I grew up writing little screenplays and stories. I don’t think that my parents actually believed that one could support oneself as a writer. It was like a little artistic hobby that one did.

When I went to college [Rice University, Houston], I took all writing courses and I majored in writing, then I kind of ran away and went to NYU where I did internships and started writing professionally at 19 or 20.

Emily: Which publications did you write for when you were starting out?

Candace Bushnell: There was a little newspaper called Night. I had met the owner at a club, which shows that it does work to go out!

I basically just showed up and said, “I’m a writer, let me write something.”

Later, I worked for Ladies Home Journal, then Good Housekeeping; I really just had entry-level jobs there, but I was always begging them to let me write things. Then I was a freelance writer for probably about six months or a year. Then, a staff writer for Self Magazine.

Emily: How beneficial were these first jobs to your career as a novelist?

Candace Bushnell: I saw [my early jobs] really as ways of getting the skills I needed to become a writer. And unfortunately, it’s not what a lot of people want to hear, but that’s basically what it is about.

It’s about sitting down and doing it.

Emily: You’re so fantastic at writing exactly what women want to read. When did you begin writing about life for modern day women?

Candace Bushnell: I started writing a lot of relationship pieces for Mademoiselle. This was in the early 1980s, and was really the precursor to Sex and the City.

There were a lot of young women in the workforce for the first time, and there was a lot of confusion about dating and men and about how women were supposed to behave in relationships.

Women were hungry for any stories about how to live their lives.

Emily: Having your own column is a dream for many writers. How did you feel when you began your “Sex and the City” column for The New York Observer?

Candace Bushnell: That was a big moment! Before that I had really been struggling.

Emily: What kept you from giving up?

Candace Bushnell: Right before I got the column was a very frightening time and I didn’t know if I was going to make it. I actually had a boyfriend who moved to a different country and I suppose I could have moved with him. I remember thinking that if I moved with him, I would never be a writer, I would never write a novel and I just wasn’t willing to give up that dream.

I just had so much passion for it.

Emily: What, for you, is the most rewarding part of being a writer?

Candace Bushnell: The most rewarding part is actually doing it. It is something that I love and I get a high from.

Emily: Writers are always interested in how other writers work. When you’re writing a novel, how many hours or pages do you write a day? A week?

Emily: How have you managed to stay focused and driven in a career that offers so much autonomy?

Candace Bushnell: It is something you have to do on your own, so it takes a huge amount of discipline. You may not be in an office, but you have to mentally chain yourself to the desk.

For 10 years, I didn’t own a TV because my TV was stolen and I couldn’t afford another one, but it helped me focus.

Emily: Do you feel writing’s a career that’s conducive to having it all?

Candace Bushnell: There are women who do it. On the other hand, there are a lot of women writers who never get married and don’t have kids.

I am married, but I didn’t marry until I was 43. I knew when I was young that if I had to make a choice between being married and being a writer, I would have chosen to be a writer. I think it’s a career where you have to put the career first.

I don’t have kids but – and luckily everyone isn’t like this – I think if you have that passion, in a way, your career is your child.

Emily: Whenever we put our work out to the public we subject ourselves to criticism. What advice do you have for writers, or anyone really, in regards to dealing with criticism?

Candace Bushnell: Dealing with criticism is just one of the realities of the business. There are always people out there, who love you, and there are people out there who don’t like you for whatever reason and they willfully misinterpret your work.

There really isn’t much you can do about [criticism].

Emily: Do you ever fear failure?

I have found that a lot of people think they want to be successful, but there’s a part of them psychologically afraid of success because success is change.

And I think for women there’s also this fear: If I become successful, men aren’t going to be interested.

The reality is that in relationships, men usually find your ambition kind of adorable in the beginning. But when they find out that it’s real, it’s disturbing [to them].

That was something I found that happened to me a lot in relationships. Even when I dated very successful men, when you scratched the surface, I was probably a lot more ambitious than they were.

Of course now all I want to do is sit around and watch Dr. Phil [she laughs].

Emily: There’s a lot of pressure to have a successful career. Many women find it tough to continue struggling when it’s so easy to settle. What do you think about that?

If the going gets tough with your career – if you’re bored, if it’s not turning out the way that you wanted it to – then give it up, get married and have kids.

The message we don’t give women is that being successful is tough.

There are very few people who have just had a smooth journey to the top. It is about having ups and downs; it’s about persevering and not giving up. And there are times where you do wonder if you’re ever going to get anywhere.

Emily: People who have passion for something difficult to attain often wonder if it would be easier to go through life taking any job, instead of working for something they may never achieve. I know I’ve wondered that myself! Having passion yourself, and having struggled to reach your dream, have you ever pondered that?

Candace Bushnell: I ask myself that question all the time [she laughs]. I think it comes down to your approach to life.

When you try to do something, there’s always a risk that it’s not going to work for you – that you aren’t going to make it – and that’s the chance that one has to take. But I think at the same time, if you have those ambitions, you don’t really have a choice. You kind of have to try to pursue them.

There are always times when you want to give up, when one does think, “Why am I doing this?” And as you grow up, you answer those questions.

That’s really what life is about.

Candace Bushnell is a New York Times best-selling author. Her works include Sex and the City, Four Blondes, Trading Up and Lipstick Jungle. Bushnell was born and raised in the small Connecticut town of Glastonbury and currently resides in Manhattan. For more info. check out her website: www.candacebushnell.com